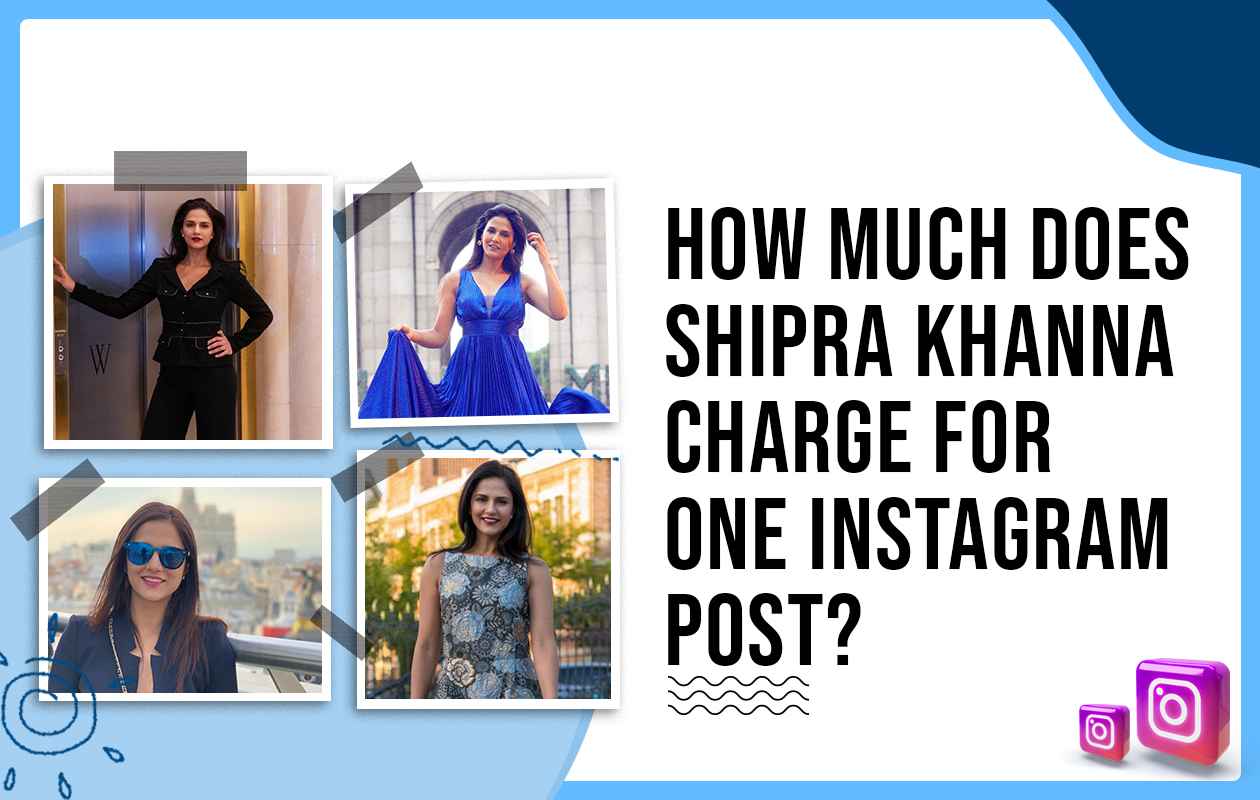 Now the food brands wonder how much Chef Shipra Khanna charges for One Instagram post because promoting the products through her expertise is the best decision.

Certainly, you would have surely spotted her on the famous cooking show- Food Food, when your mum used to see some exciting recipes but still would give you regular cooked meals.

Also, now you must remember her as the winner of Masterchef India season 2. Well! Shipra is an Indian chef, author, restaurateur, food critic, social content creator, and popularly known personality.

Shipra Khanna was born on 18th November 1981 in Shimla, India to Balween Khanna (who owns a jewelry shop) & Radha Khanna. Also, she has a brother Akshay Khanna who sits with his father at the jewelry shop in Shimla.

Initially, for her schooling, she went to Loreto Convent in Shimla & further did her studies at St.Bede’s in Economics & Psychology. Like any other girl, Shipra married happily at the age of 19 but suffered domestic violence from her husband & in-laws for dowry.

Certainly, she moved out of her enduring marriage by taking custody of her two children & got divorced from her husband in 2011. Indeed, she has two children- a son (elder)- Himannk Khattar & a girl- Yadavi Khattar. Consequently, her mother motivated her to enter Masterchef India in the same year & she won the show in 2012.

Certainly, soon after winning Masterchef India 2 she made a breakthrough in her career & judged many food shows & events. She has made her star appearance as a strong, skilled, & independent woman in shows like “Food Food”, “K for Kids”, and “Pure Sin with Shipra Khanna” to name a few. Also, she appeared as a celebrity chef in Britannia Star Chef alongside Saif Ali Khan.

Shipra has expanded her skill set showcase to Indian & even international food channels. Indeed, she has hosted shows like Ramadan season 3 on star plus, UAE. Also, Good Food Guide 2 on Starplus, UAE.

Now, over the years of her presence in the food industry as a celebrity chef- brands see her as a strong promoter of their merchandise. Shipra Khanna has a fanbase of 4.7M & her Instagram charges are-

Shipra is a restaurateur of “The Darzi Bar & Kitchen” in New Delhi, India. Moreover, she started her first endeavor in Gujrat in 2013 as “H.O.T.- The house of taste”. In addition, her book “Sinfully Yours” won the Best TV celebrity cookbook in 2007 at World Gourmand Awards, in China.

Indeed, she was the first Indian chef to achieve this award. Moreover, at Faccia Events, Chennai in 2017, she visited a vegetarian starts & desserts workshop. Further, Travel Giant Yatra collaborated with the chef in 2017 to train budding chefs in the Andaman & Nicobar Islands.

Indeed, the list of her achievements in 2017 reached Paris too, where she launched the first Tandoor & practically showed the four-course use of it.