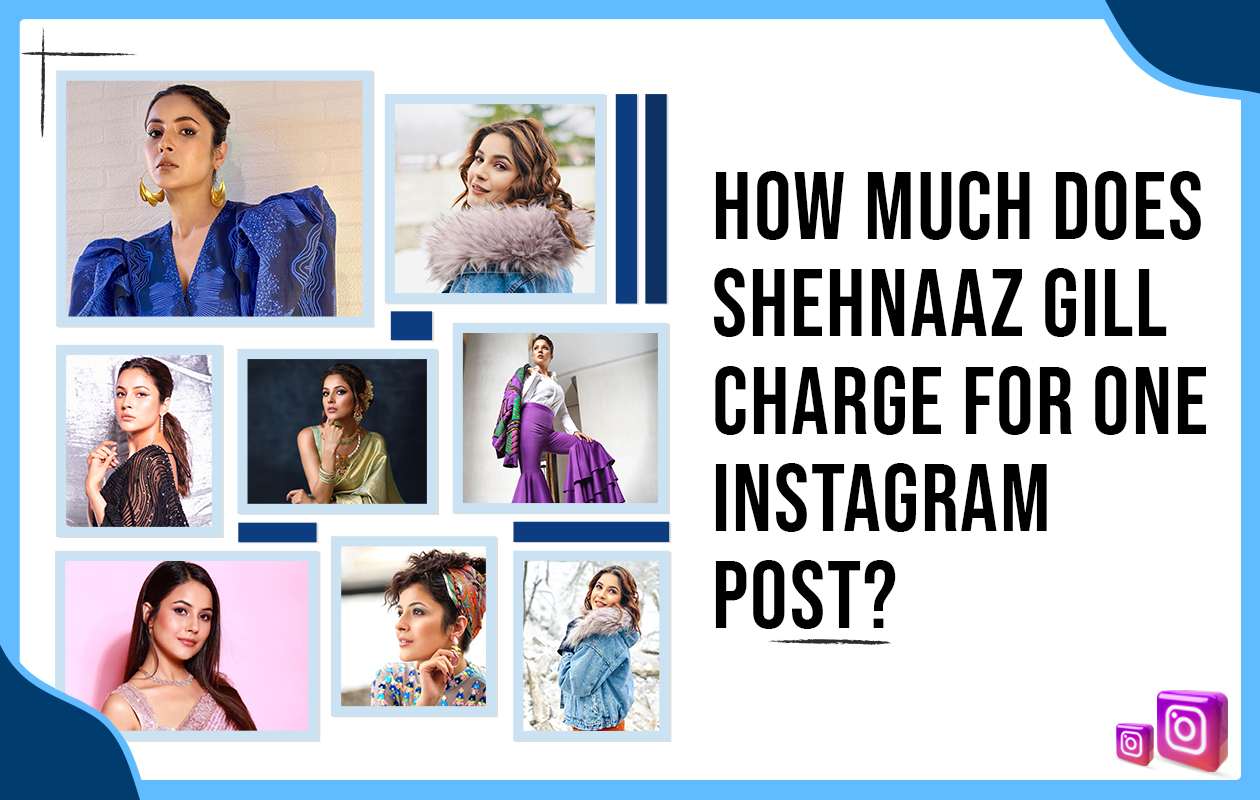 “Tu mera hai or tu mera he hai”- we have all witnessed her super-amazing dialogues & fun banters with the housemates in BB 13. Certainly, the face value that the actress has created in her hit season of BB has made brands & her fans think curiously how much does Shehnaaz Gill charge for one Instagram post? Indeed, take hold of your inquisitive interests as this article presents you with all important pieces of information about the Punjabi Diva- Shehnaaz Kaur Gill.

Shehnaaz or you call her by her beloved nickname Sana was born on 27 January 1993, in Punjab in a Sikh family. Firstly, mentioning her family she has four members in her family including her. Indeed, her father Santosh Singh Sukh, and brother Shehbaaz Gill have been known faces through the BB show.

Also, it is mentioned that her mother Parminder Kaur is a housewife. Moreover, she completed her schooling at Dalhousie Hilltop School, Dalhousie, and her graduate degree in commerce from Lovely Professional University.

Thus, this 29-year-old enthusiastic girl made it to the most-loved season of Bigg Boss which even made the show extend for some time. Sana is an amazing actress and singer natively to the Punjabi Industry, however, is now growing in other spheres as well. Consequently, you can see her in many music videos TV shows, talk shows, and more.

Shehnaaz Gill claimed fame when she entered the Bigg Boss house and since then there has been no looking back from success in her career. Indeed, her jolly nature and being real in the house made her a lot of fans who love her and support her. Moreover, it is mentioned for Shehnaaz Gill is the best entertainer in the Bigg Boss 13 house.

In addition, post the death of co-contestant and her best friend Sidharth she was shattered and couldn’t realize what has happened around her for a long time. She even gave him a tribute with the song “Tu Yaheen Hai” which got so much love to their togetherness and celebrated the bond of “Sidnaaz”. However, his motivation stayed which pushed her to live life to the fullest and she resumed her work more energetically. She even, she did a movie with Diljit Dosanjh and Sonam Bajwa- Honsla Rakh. Now, she is raging fire in her new music video Ghani Sayaani.

In the Punjabi film industry- Himanshi Khurana and Shenaaz Gill have been two rival names blaming each other for one or another thing. Indeed, more than their media fights- the matter took a sharp ignition when Himanshi entered the BB house as a contestant which initially shook Sana for a while. However, it is said that Shehnaaz mocked Himanshi by making a video of her new song which raged an aggressive reply from her as well. Thus, this resulted in a never-ending battle between the two.

Shehnaaz Gill is immensely popular among the fans and has a follower count of 13.3 million. For the answer of How much does Shehnaaz Gill charge for One Instagram Post

Here are the costings:

Shehnaaz Gill as a singer & actor has been a part of many music videos. Indeed, some of her famous ones are Guitar, Saroor, Lalkaare, little star, habit, Chanel no 5, Fly, Veham, and many more.