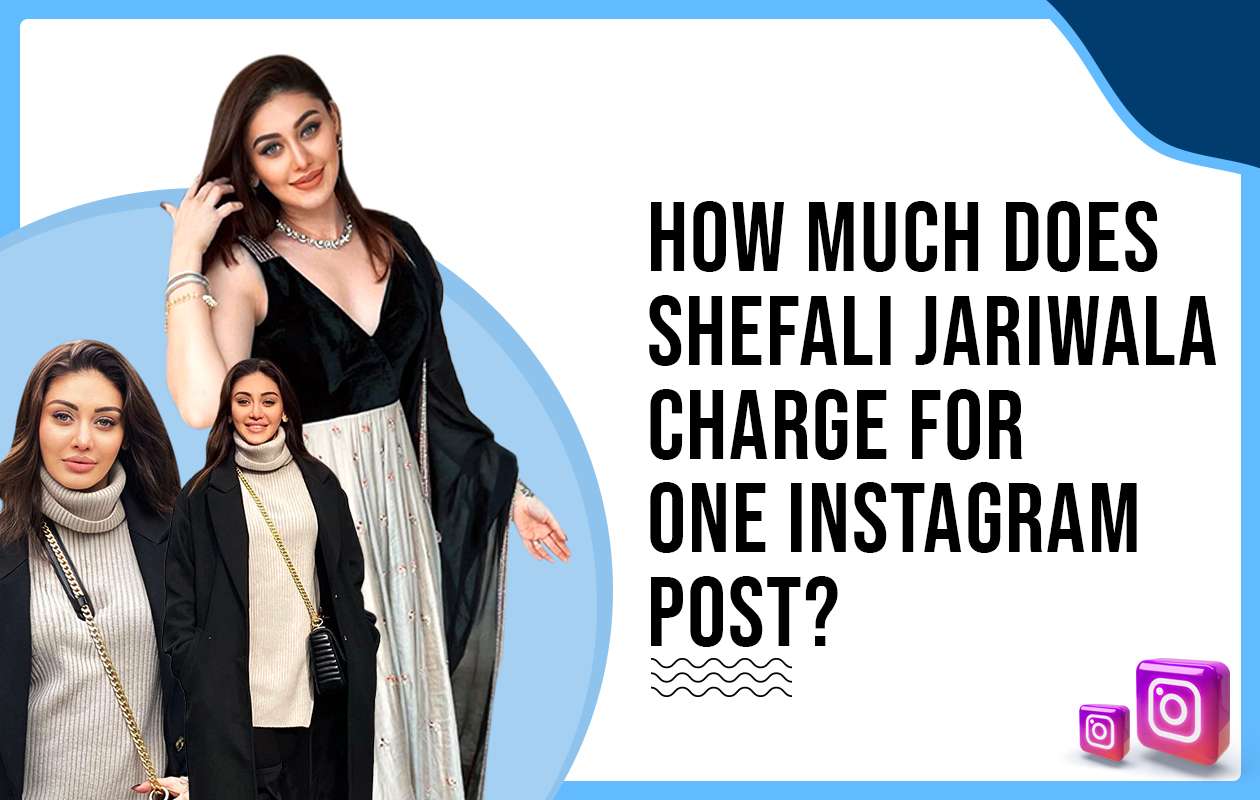 The “Kaanta Laga Girl” is a social media celebrity now after her strong presence on Bigg Boss 13. How much does Shefali Jariwala charge for one Instagram post in the question of brands seeking her collaborations? Well! Bigg Boss is a true-life changer for every contestant who enters there however, Shefali is a popular B’Town face for long years.

Shefali Jariwala was born on 15th December 1982, in Gujarat, India to Satish Jariwala & Sunita Jariwala. Also, she has a sister (Shivani Jariwala) who’s married & resides in Dubai with her husband and daughter. Certainly, there is no information update about Shefali’s father’s occupation however the minute stated is her mother is an SBI employee. Mrs. Jariwala Tyagi attained her schooling at Jamnabai Narsee School, Gujarat. Moreover, she got her higher education in B.E. in Information Technology at Sardar Patel College of Engineering, Anand, Gujarat.

Shefuu married Harmeet Singh- one of the music singers & directors of the Meet Bros duo in 2005. However, the couple got divorced in 2009 after a four years rough marriage. Certainly, Shefali accused Harmeet of assaulting & abusing her.

Later, Shefali was in an affair/relationship with the Late. TV actor Sidharth Shukla but they both ended up soon on a good note. However, Shefali is now in a successful marriage with TV actor Parag Tyagi. Indeed, they dated each other for some time & then got married on 12th August 2014.

Mrs. Tyagi gave the first shot to her career through her debut in the song “Kaanta Laga”. Indeed, the chart-buster song gave her immense recognition & popularity whilst entitling her through the name- “The Kanta Laga Girl”.

Even, she got the cherished chance to give a cameo appearance in the movie- Mujhse Shaadi Karoge as Bijli. Also, she was featured in music videos like “Kabhi Aar Kabhi Paar”, “Pyaar Humein Kis Mod Pe Le Aaya”, and “Maal Bhari Aahe”. In addition, she marked her presence in the TV Show- Boogie Woogie (2008).

Moreover, she acted in Hudugaru- a Kannada film. Shefali appeared in seasons 5 & 7 of the dance reality show- Nach Baliye along with her Husband Parag Tyagi. Additionally, she played the lead in Baby Come Naa- an Alt Balaji web series. She appeared in another series named Boo Sabki Phategi in 2019.

Shefali escalated in the fame game through her entry as a wild card in Bigg Boss 13. Indeed, her following of 2.7M is enough to back her industry presence. The charges of Shefali’s one Instagram post are-