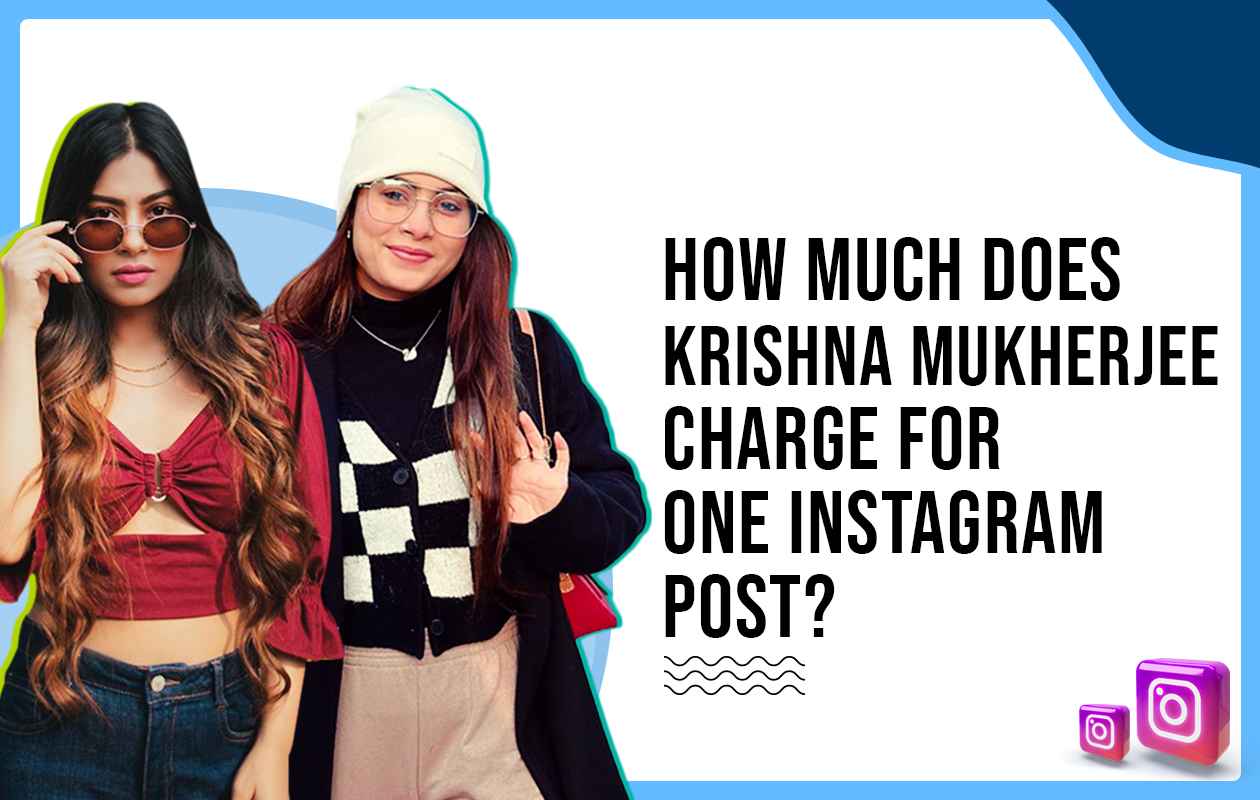 Indeed, her dreamy engagement photographs have surely given other couples a bad trip about not having a similar one. But for brands seeking influencer endorsements- how much Krishna Mukherjee charges for one Instagram post is one of the wondered things about her.

Certainly, acting is no gambling play & it takes a lot of effort to make a way in rigid verticals. Indeed, it takes consistent actions & patience to make things work out in the desired way.

Krishna was born on 12th August 1992 in Ludhiana, Punjab to Vishwaroop & Ruby Mukherjee. Krishuuuuu has attained her schooling at BCM School, Pakhowal Road, Basant City in her hometown. Certainly, there is no information about her college degree, parents, and other essential information. However, she has a younger sister (blogger)- Saru Mukherjee Sharma.

During her initial years, she was fond of dancing & wanted to pursue a career in choreographing. Even, post this 12th standard’s completion, she shifted to Delhi & inculcated skills in various dance forms. Moreover, she trained students for dancing at KOD, and Gurugram, and emerged doing live dance shows & theatres.

During the show, Yeh Hai Mohabbatein Krishna was rumored to have an affair with actor Aly Goni. However, her marital status officially changed from single to engaged on 8th September 2020 after a whole 1-year relationship with Chirag Batliwalla.

Indeed, Krishna’s fiancé is an Indian Merchant Navy officer. Certainly, the duo had a private ring ceremony with limited family members in Manali. The highlight of the event was the actress’s sleek off-shoulder white gown & the official uniform of the groom. Well! her fans are fond of the cute couple they together make & call them KRISHRAG.

Krishna entered the Hindi Television Industry through her first appearance in “Jhalli Anjali”. Certainly, while she was present in Jhumroo Broadway as a dancer one of her friends asked her to audition for her debut serial Jhalli Anjali.

Afterward, she marked her presence as Sanjana in Yeh Hai Ashiqui aired on Bindass. Moreover, she appeared as Arshiya in Twist Wala Love. However, her role as Aliya Raghav Bhalla in Yeh Hai Mohabbatein on Starplus turned the whole book.

Later, she appeared in shows like Naagin 3, Shubh Shagun, etc shows. Also, she has appeared in music videos like Ik Vari & Black. Certainly, while everyone has their highlight on social media, Krishna is no less in the race with a following of 2.7M followers. Thus, the charges for her one Instagram post are-