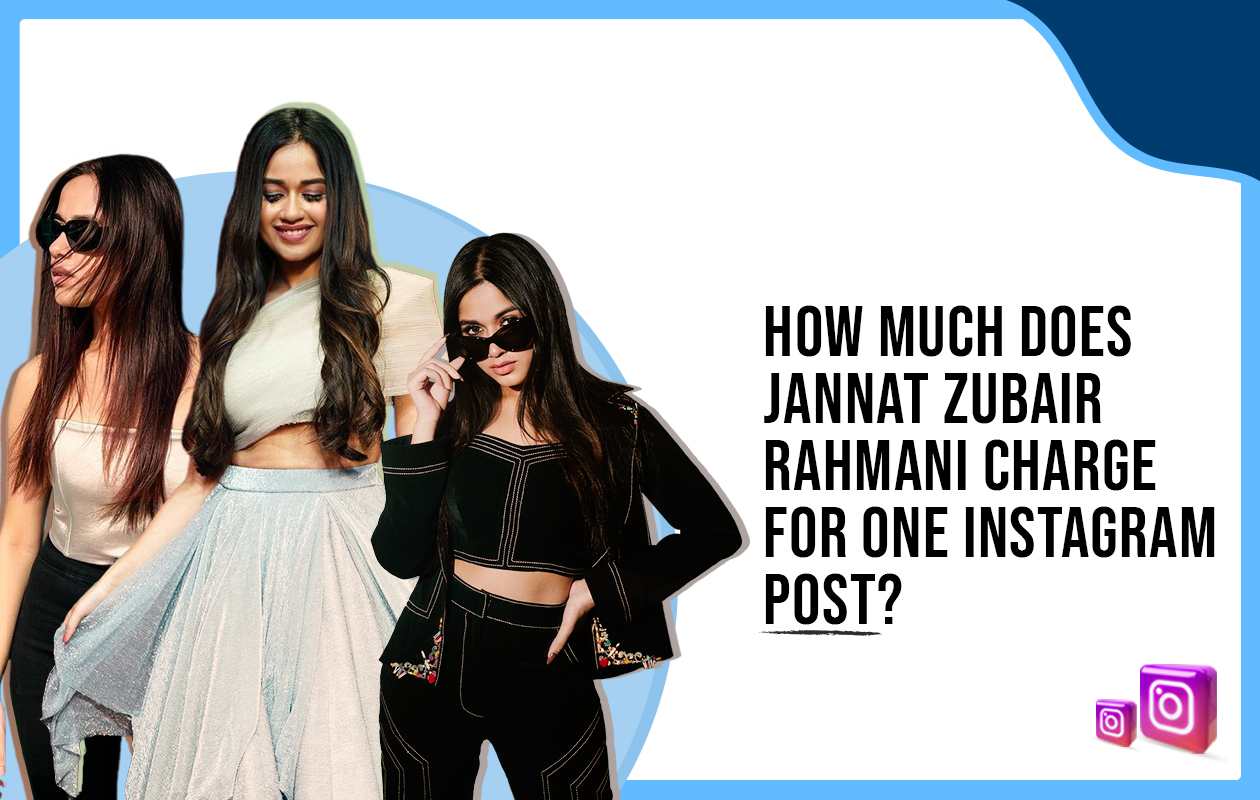 “Chota packet bada dhamaka” got her nickname through her appearance in the show Khatron Ke Khiladi 12. Well! she is an immensely popular face amongst young celebrities and a well-established content creator on social media. Certainly, Jannat Zubair is ruling the youngest’s clan with the charm and gentleness she carries with her.

So, if you are a Jannat Zubair fan, here are crisp pieces of information about her. Read here about Jannat Zubair’s Biography, Brother, Family, relationship status with Mr.Faizu, TV shows, Music Videos, and more.

This beautiful 21 years old girl now was born on the 29th of August back in 2001 in Mumbai, India. Certainly, she has completed her schooling at Oxford Public School, Kandivali West, Mumbai, and pursuing her graduation from S.P Jain Institute of Management and Research, Mumbai. The pretty actress comes from a conventional Muslim family, holding Indian nationality. However, she has balanced out her work distresses very gracefully over the years of her performances in the industry.

Jannat Rahmani is very close to her family and especially her mother Nazneen Rahmani. Moreover, she loves her little brother Ayaan Zubair Rahmani who’s also a child artist. Indeed, they both are often seen attending parties and events together. Jannat shares a great bond with her father Zubair Ahmed Rahmani. Regardless of her conservative family background, both her parents support her a lot in her career.

This gorgeous artist has been in the industry since her cameo role as a patient in the TV series Dill Mill Gaye back in 2010. Consequently, she gained popularity through her appearance as a naïve child artist in Kashi- Ab naa rahega tera kagaz kora in 2010.

Over these 12 years of her presence, she has been known for many of her significant roles such as in Phulwa, Tujhse Naraz Nahi Zindagi, Meri Awaaz He Pehchan Hai, Karmaphal Daata Shani, and many more.

Jannat has been a part of Khatron Ke Khiladi 12 and Rohit Shetty praised her tough fight with co-contestants while giving her a nickname- Chota Packet Bada Dhamaka. Moreover, she has given short appearances in shows like Khatra Khatra Khatra, Bigg Boss 15, Shakti Astitva Ke Itihaas Ki, Best of Luck Nikki, and more. Further, she has been in music videos like Zindagi Di Paudi alongside Millind Gaba, Hello Hi, Chand Naraz Hai, and many more.

Jannat has been on television for years and now there is a rage amongst her fans to know about her relationship/marital status. Certainly, Jannat’s marital status is unmarried however, she is dating Mr. Faisuu and her fans have been adoring them both a lot. Moreover, sometime back she was rumored to date her co-actor Sidharth Nigam.

Jannat is very much popular through her social media presence and she has an Instagram following of 45.2 million. Her Instagram Costings include-